Hi all. It’s been a couple of weeks…but very good ones.

MIV2018 was a blast. So much fun. I challenged myself in a few ways,  participating in different social events in ways I hadn’t done during my last IV. Here’s an idea: participation pays off. I had a really good time and even won a few times at different social things – which I was not expecting. Participation would have been prize enough. Enthusiasm leads to fun!

I’m not going to lie, it was full-on. IVs always are, especially the first half. Rehearsals for six hours a day, then social events in the evenings. This time, being Social Secretary, a part of me was always busy – mentally or physically – making sure things were running smoothly. By the end of the day, I was quite tired and rather “peopled out” – unusual for me!

I loved organising the social events though. I really like being (one of) the host(s) and seeing people having fun, making new friends and participating – like I said above, it all pays off.

The rehearsals were really good – we had a really good conductor who engaged us well. Patrick Burns got us – or at least me – thinking about the music in particular ways and working together to produce the desired quality sound. We had sectionals where our assistant conductor Leonard Weiss worked with Pat and us in two halves – sopranos and altos in one group, tenors and basses in the other.

One thing I love about rehearsing and performing in big choral groups is the journey from a diverse group of voices just starting to learn the music, to a cohesive group who’ve learnt their parts and sound confident and powerful. It’s bloody fantastic and with IVs, the process only takes ten days! I remember the first time we started feeling really cohesive (for me) – I was singing along as we ran through a piece. I heard the rest of us singing and realised, “This is going to be a great performance.”

We sang really well, if I do say so myself. We heard great audience feedback afterwards too. It was a real treat to sing the pieces – I don’t know if I can pick a favourite, but all have taken turns popping up in my head since.

Aaaalll the colours! The purply-white one is a unicorn fish or rhino fish, something like that. All so pretty! 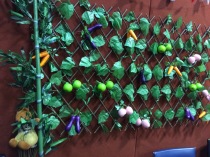 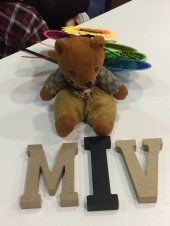 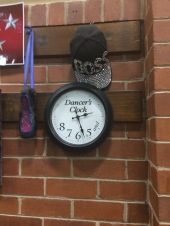 A well-earned drink at the post-concert party. 😉

Signatures from most if not all MIV registrants. 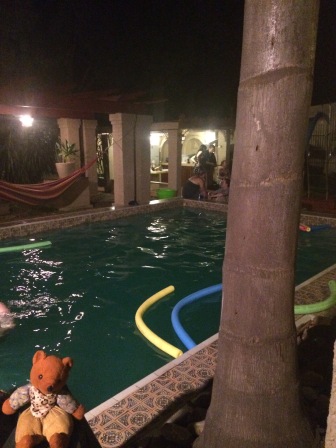 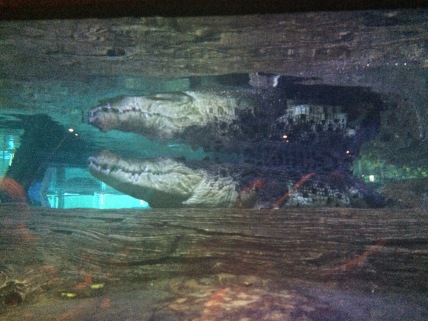 Womble checks out the rehearsal piano…

Colourful coral in the fish tank 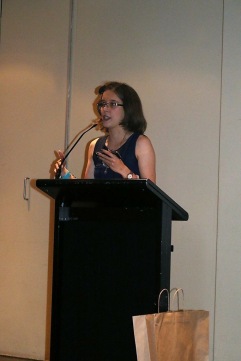 Was this during my Toast? Or when I retold the punchline of my joke? Hmmm. 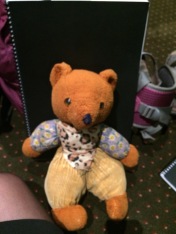 A quick snap before we go on-stage…

Womble and ukulele/guitar (idk which!)…. 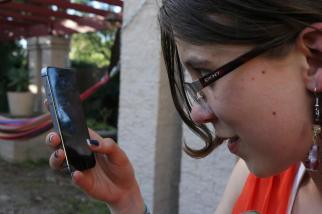 When you’re trying to take a photo and someone takes a photo of you….

Relaxing on the free camp evening.

At the Aquademic Dinner…. every bit as good as I hoped. 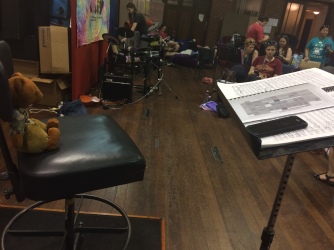 Womble tries out the conductor’s chair…

Womble with music score and songbook.

(Click on the pic for a caption – they’re not in date order, just for fun.)

After many months of prep, today is the day! Hooray!

I can’t wait to see all my friends and have a fantastic time.

If you can’t make it or even if you can, please share these links and the flyer around. The concert is going to be really good, I can feel it, and I want everyone else to hear about that. 😉

Can you believe it?

In six days at time of publishing, the Melbourne Intervarsity Choral Festival 2018 opens. There’s such a lot planned. Rehearsals during the day, social events most nights. I’m excited and have been putting in place the finishing touches for my portfolio: I’m Social Secretary so I’m n charge of the fun.

Over 100 people are going to converge on our venues for the festival. As I was writing this post yesterday evening, I realised that it was pretty much a week to the hour until my first event starts. Eep! 😀

It’s not all just games, traditions and fun. Over ten days we’re learning several pieces to then perform on Saturday 20th January at 19:30. Get your tickets now!! I’d love to see as many of my Melbournian (is that word supposed to have no ‘o’?) and Victorian friends as possible at the concert. It is going to be bloody amazing I can already feel it.

Here’s the ticketing link with some information: https://www.eventbrite.co.uk/e/light-the-dark-tickets-39366091038

“MIV 2018 is proud to present Light the Dark, a moving musical programme offering hope in a time of global turmoil and upheaval.

The concert features Vaughan Williams’ Toward the Unknown Region, Brahms’ Alto Rhapsody, Parry’s I Was Glad and the jewel in the crown, Elgar’s Light of Life. Conducted by Patrick Burns, featuring reknowned soloists Liane Keegan, Andrew Goodwin, Anna-Louise Cole, Raphael Wong and accompanied by the Melbourne Opera Orchestra, this concert will be a once-in-a-lifetime performance, and we hope that you will join us as we make history in the glorious Melbourne Town Hall.”

Would you do me a massive favour, especially if you’re reading this from a Melbourne or Victorian address (and/or through my Facebook) and “share the Dickens” (as one of my friends, a co-convenor, put it) out of this link? Even if you can’t go, pass the information along in case someone else in your circle might want to. Thanks heaps! I hope to see you at the concert – or at MIV, if you’re an IVer reading this.

P.S. Take care of yourselves weather-wise! In Victoria, the next couple of days are scorchers, with more to follow later in the week (I’m very glad of aircon with MIV!). Meanwhile, in the US there’s a hell of a snow event happening atm, I gather. So yeah. Stay safe!

My Japan trip was really really fun. We experienced a lot of Japan, its food, its people, its culture. I was quite busy so didn’t end up publishing any more trip posts. But here’s one and the other one or two will be up soon, once I’ve had a chance to do some work for MIV. I’ll update you on that front tomorrow…

Day 4 consisted of exploring various places in Kyoto. A few stand-outs included Nijojo Castle, the Nishi Market, a couple of shrines and Kinkakuji – the Golden Temple. 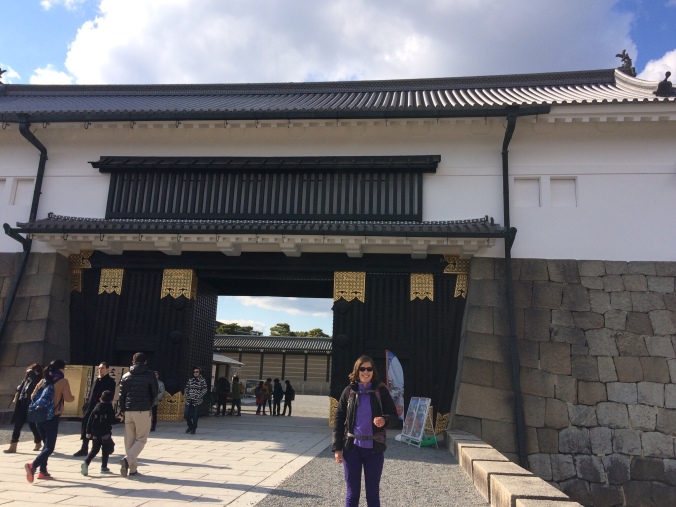 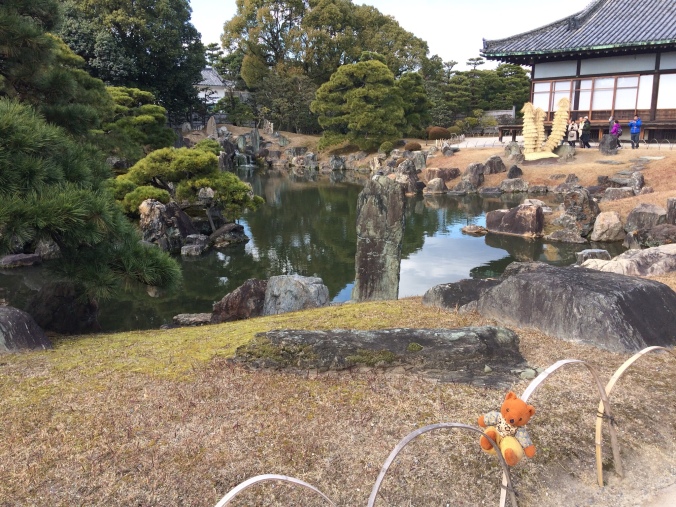 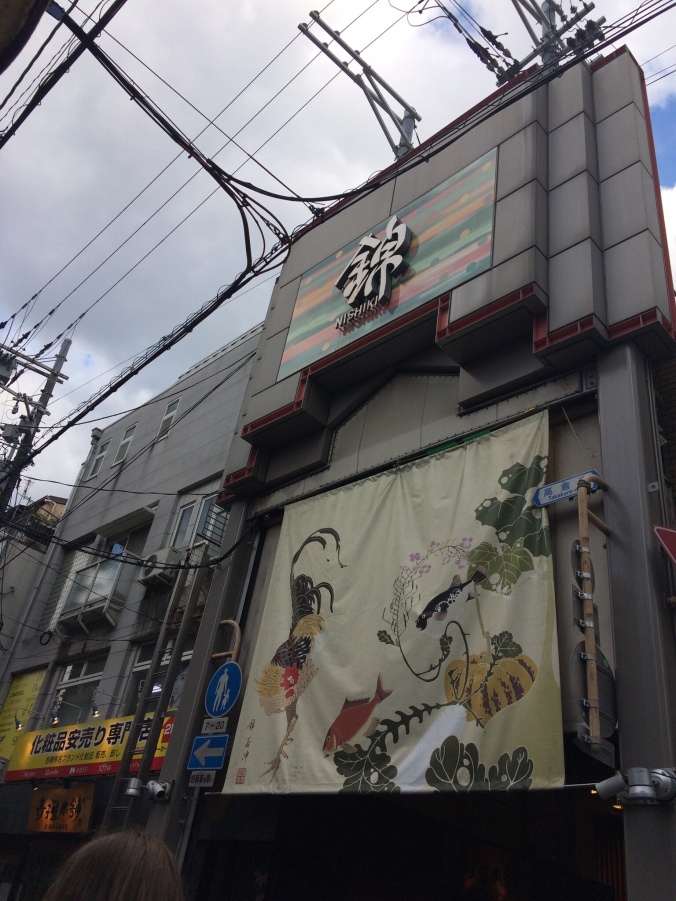 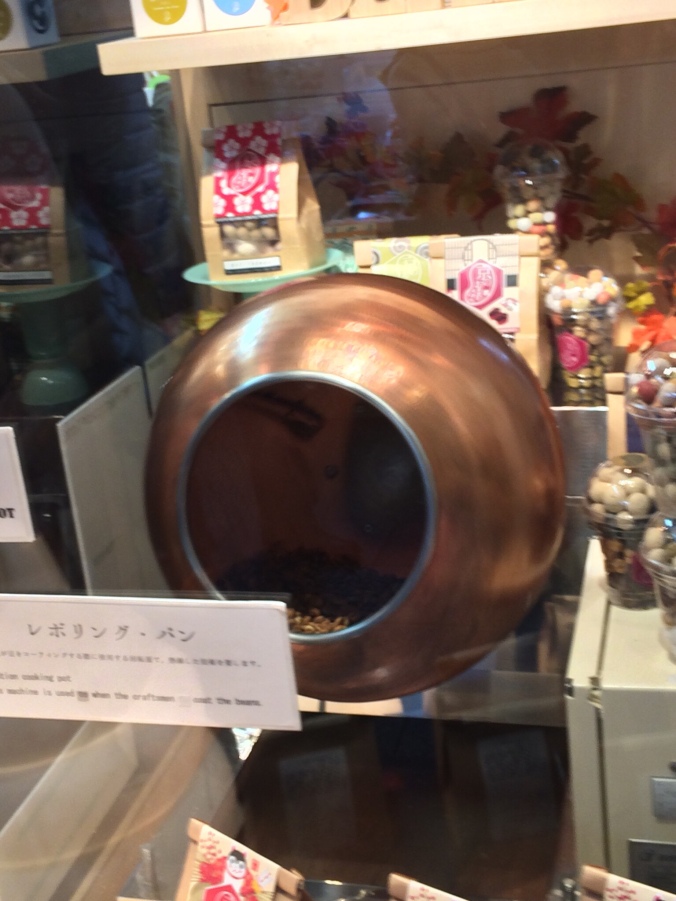 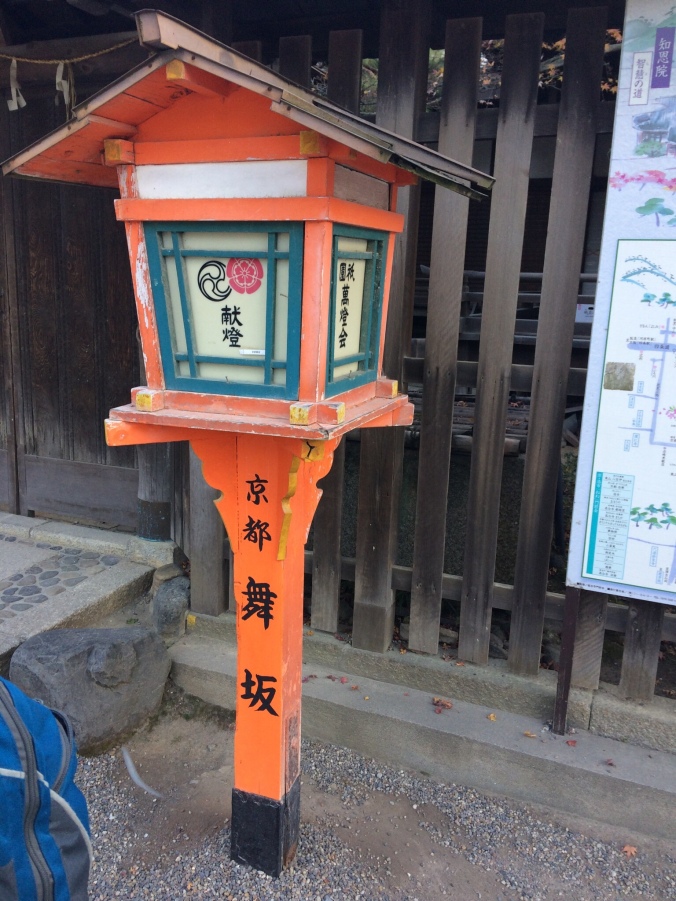 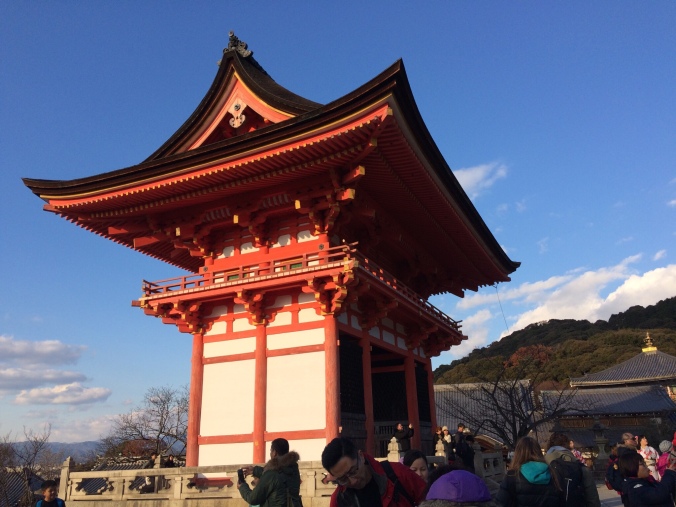 Day 5 was the start of our Japan Rail Pass. We used the Shinkansen (bullet train) to get from Kyoto to Hiroshima and Miyajima. 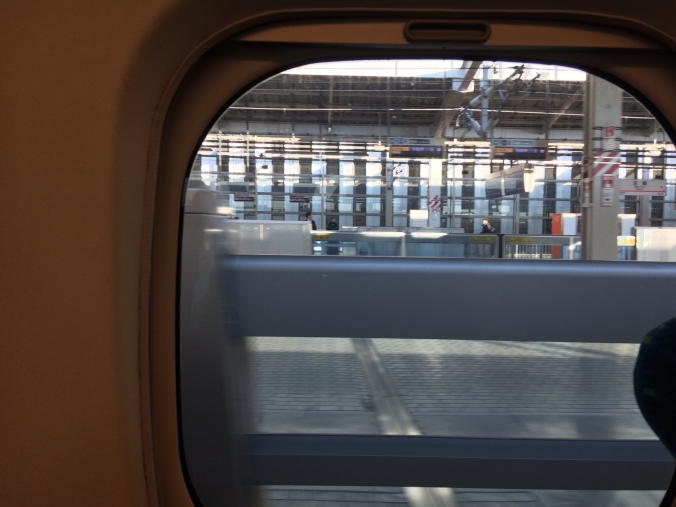 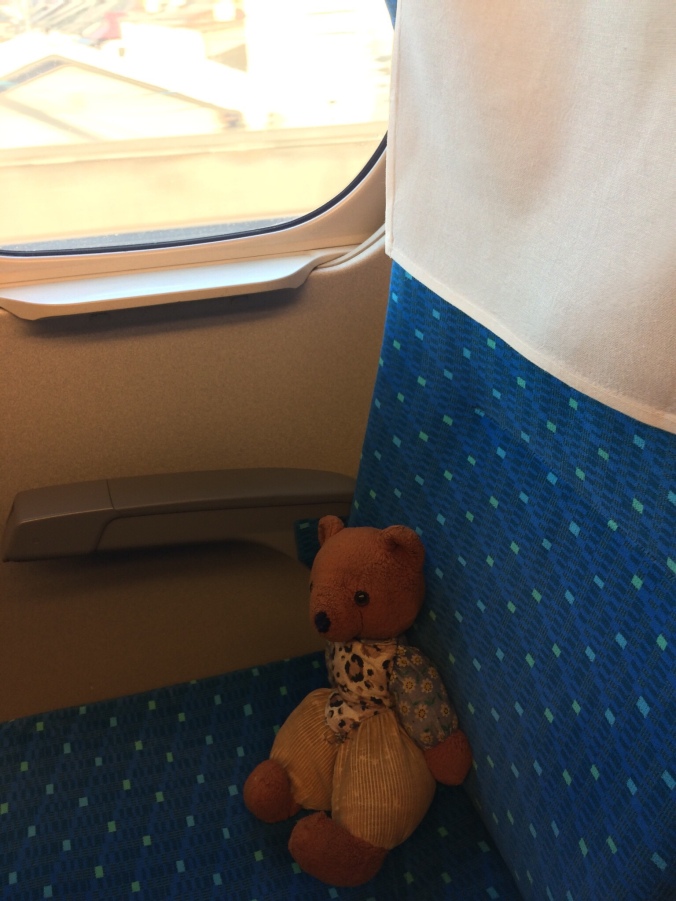 Hiroshima was sobering and a little eerie. We heard many stories of how the atomic bombing affected the lives of the people. 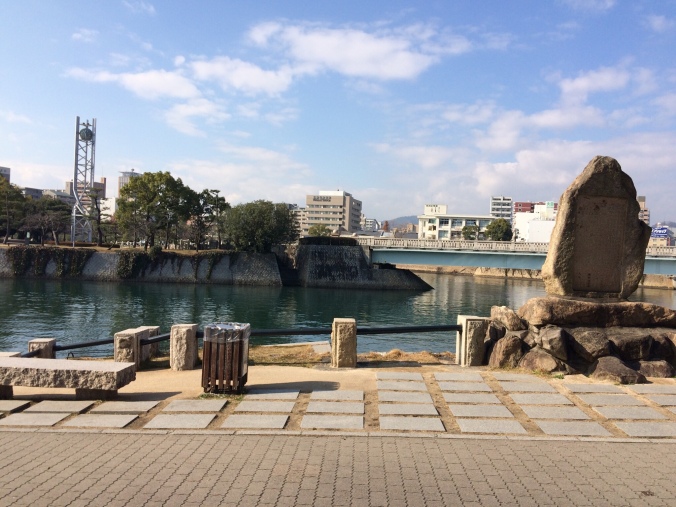 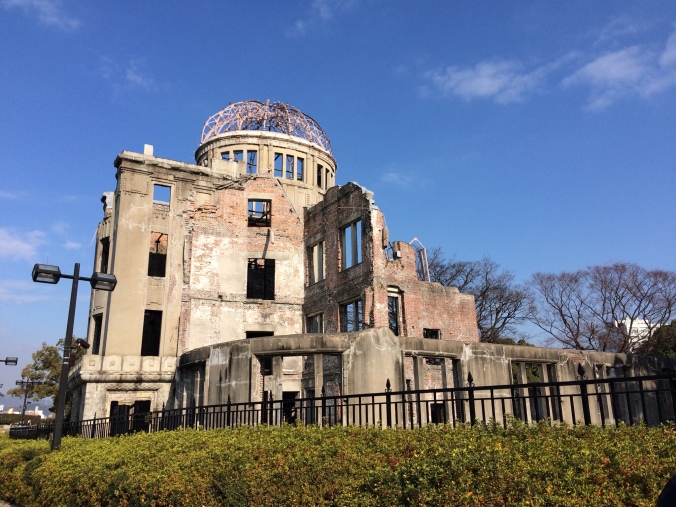 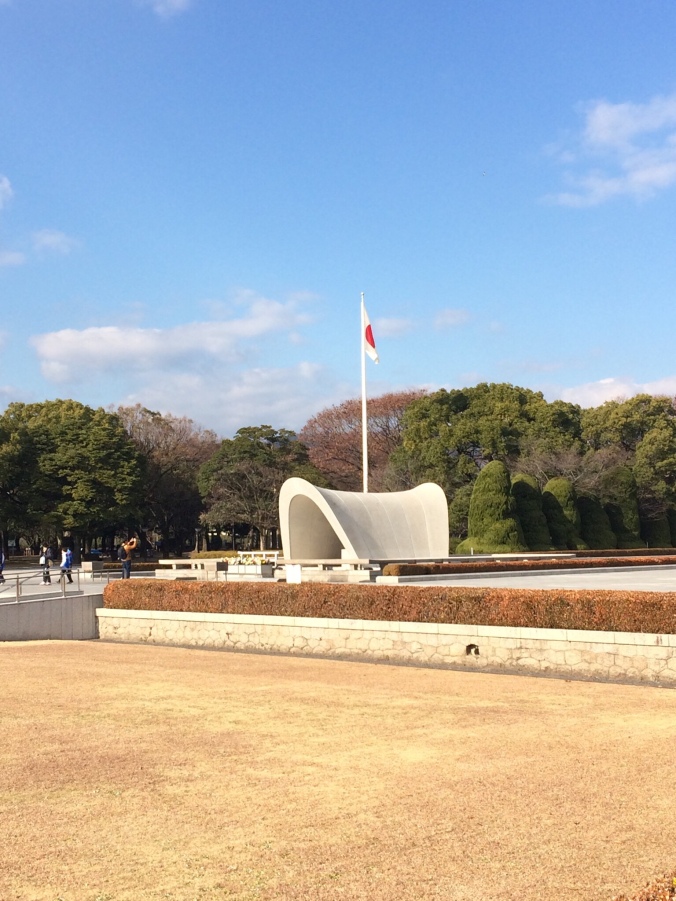 Miyajima was quite beautiful. We visited another shrine and went exploring and looked through gift- and food shops. We finished the day with okonomiyaki from a place next to Hiroshima station.

Day 6 was a travel day. After exploring the last thing on our list in Kyoto, the Place of 1,000 Steps (or Gates), we boarded a train headed towards the snow country. We changed trains at Toyama for a wide-view train, then travelled on to Takayama. The scenery was pretty good – enough deep snow to make me a little excited. But Takayama, while pretty with old buildings, had no snow. After another train trip, we arrived at our stop for the night, Kanazawa.

Day 7 was another travel day, from Kanazawa to Tokyo. We explored Kanazawa a bit before leaving, seeing another market and some gardens (and more snow! 😀 ). 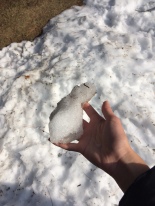 We arrived in Tokyo late in the evening. It was Christmas Eve so after finally locating our apartment, we dumped our stuff and ended up going to a Vigil Mass at 22:00. Midnight in Australia. I mentioned it briefly in my Christmas post, but it was a moving experience. 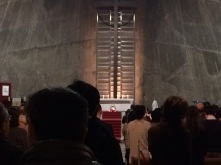 That’s all from me for now, I’ve got a busy day ahead. Next up will be my White Christmas and related exploits before a final post after that to tie things up. Both of those will be out next week – tomorrow is MIV-related. It’s ONE WEEK OUT TODAY!

It’s that time of year again, where I compile a list of songs that mattered to me this year.

1. Think of Meryl Streep (from FAME!) – due to a powerful political moment by Meryl Streep at the start of the year that I blogged about then.

2. Bread and Roses (and maybe also Power in a Union). First one is a folk song, the second is by Billy Bragg. They reference the Women’s March and surrounding politics.

The next are a bunch of love songs that speak to me. I first listened to them on Triple J and they remind me of feelings I felt then and feel now.

The next one is one of a bunch I heard when watching my first Eurovision Party this year.

Where I Am (Anja)

Story of My Life (Naviband)

Never Give Up on You (Lucie Jones)

Next are some from the concerts of the year:

7. Te Deum (from the MonUCS May concert, Choral Icons). First time I’d heard this song and I still remember it well. From the same concert, other standouts included Five Eyes and Vivaldi’s Gloria.

8. Peace/ Equip Yourself for Life, Pink Telegram, 0808, and other songs from the John Monash Peace Cantata – a highlight of the year and one I’m proud to have participated in. My only regret is that uni prevents me from participating in the overseas performance next year.

9. Pirates of Penzance (from MonUCS’ performance). I find myself humming songs from the production at times still. I’m not singling out any because they were all very good.

10. ETA: Mr Brightside (by The Killers). Purely because hearing it reminds me of the 2017 AFL Grand Final, with all its emotions. #gotiges

11. Finally, Christmas songs. This year, those include adapted versions of Winter Wonderland and White Christmas as for once they were almost appropriate. As well as “Green Book Carols”, from MIV carolling gigs and LaTUCS’ carols performance. Also the Vaughn Williams’ piece, Fantasia on Christmas Carol. I was reminded of the piece at the start of December and realised that I really had had a good year, as the last part of the piece hoped.

There might be more, but I think ten is a good starting point! Happy New Year everyone. I’m currently finishing this on a plane that’ll land back in Australia from Japan in a bit under an hour. I’ll post this then.

Keep an eye out for the rest of the Japan Trip posts this week and I hope you have a good year ahead of you. I reckon I do, but I know it’ll be busy too. MIV2018 starts on the 11th after all…