A while ago (back in April) I road-tested a mushroom gravy recipe and mentioned that I’d try a second one I’d found “the next time I had mushrooms”. Given that a friend told me the other day that they love a good mushroom gravy, I decided to show this recipe next.

It also provides a good opportunity to tell you about some of the burger patty experimentations I’ve made.

I’ve made a few burger patties now. Mostly using recipes of breadcrumbs, mince, mixed herbs + salt + pepper for seasoning, and egg. At least once, I’ve made them without egg. See below. 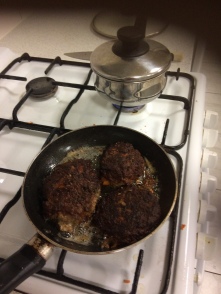 The top three pics are from a different occasion to the bottom two.

Now, as for the mushroom gravy and burgers recipe…. has anyone heard of Salisbury steaks? 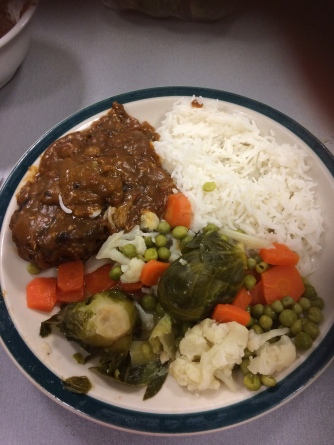 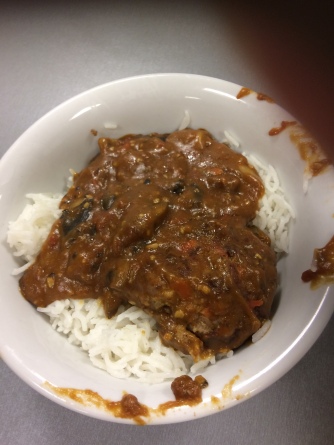 I saw this in the Sunday Life magazine when I was back at the family home one weekend in April. I saved the recipe and trialled it. It was very good. The second pic is leftovers. Mmmm.

NB. It’s a different way of doing a burger patty, basically. Using ingredients one has to hand rather than, say, having to make breadcrumbs especially.

Next time I’ll have to give the recipe I found for a veggie gravy….