Today is National Sorry Day in Australia, to commemorate injustices perpetrated against the Indigenous peoples of Australia, particularly the injustices of the Stolen Generation. Kevin Rudd apologised for that in 2008, but – as I saw in a documentary recently – we still have a long way to go.

There have been so many wrongs against Indigenous Australians since settlement. A good deal of them, as I understand it, came and still comes from, first, the original inability of the white people to see Indigenous people as people (not counted on the census, nor given the vote, until 1967); and second, the inability of non-Indigenous people, particularly governments, to listen to Indigenous people.

The recent documentary I watched makes that very clear. http://www.ourgeneration.org.au/watch/ – Please find an hour and watch it. It explains things very well, by giving some Indigenous peoples – Yolngu, in the Northern Territory – a voice. I learnt about homelands and how the NT Intervention has been a way of taking back hard-won land rights from Indigenous peoples. Among other things.

One of the things I’ve been hearing/ reading a lot lately is the issue of treaty. We are the only country, I think, in the West, who still don’t have a treaty of some sort with our Indigenous peoples. Read more about the importance of treaty here.

That’s why actions like the treaty negotiations between the Andrews Labor Government of Victoria and Victoria’s Indigenous peoples, that have been announced today, are so important. Read this article – by the end of 2016, it’s hoped that the Victorian Government and Victoria’s Indigenous peoples will have a treaty!
It only took us 228 years since settlement.

When we listen and work with each other, things can happen. There’s no denying that Australia is a racist country in many aspects. But it doesn’t have to stay that way. If we fix this, we might be able to fix a lot of other things.

Maybe. We won’t know unless we start.

Slightly late (can you tell I’ve run out scheduled stuff and am a bit busy to properly schedule more?).

Anyway, read more of Sam Sykes at Chuck Wendig’s blog, but here’s a taster – sorry for the weird formatting.

Another WT&T reblog…. Check it out.

People relate to a certain level of expertise. That’s no secret; it’s part of how we choose doctors, elect presidents, root for sports teams. It’s also a good part of what readers like in their protagonists and support characters. It gives them something to admire while also–especially in the case of the protagonist–being a bit of wish fulfillment.

There’s no shortage of examples of this done well: Harry Potter’s excellence at Quidditch; Katniss Everdeen’s marksmanship with a bow and arrow; Sherlock Holmes’s genius. It would be easy for them to become obnoxious if their skills were allowed to dominate the story, but the writers manage to avoid those pitfalls.

What makes them work is that they each have narrative tricks that keep them human. Harry is prone to making rash decisions, often with disastrous consequences. Katniss’s devotion to her little sister strikes a chord with the reader and establishes sympathy. Sherlock’s…

TRIGGER WARNING FOR DISCUSSION OF SELF-HARM, SUICIDE & NEGLECT OF DUTY OF CARE BY AUTHORITY

[Meme by lynettag of a still from Q&A with captions & speech-bubbles added. It reads: you know a government is morally bankrupt when its NSW mental health minister says she doesn’t have an opinion about the crisis happening in our detention centres…
Tony Jones speech-bubble – ‘What is your opinion on asylum seekers?’; NSW Mental Health Minister speech-bubbles – ‘I don’t have an opinion’ ‘I don’t know the facts’ ‘It’s not an issue I follow closely’]

How the hell do Dutton and the rest of the government (not to mention the Opposition) sleep at night? I honestly can’t fathom the kind of dissonance they possess. In Dutton’s case (and Morrison’s), it seems to me that they’re able to sleep by being heartless b–tards. I really hope they are turfed out in the coming election. I don’t like hating people.

I have one message for politicians who don’t support this abhorrence. Cross the floor!
By voting with them on these issues, even as you speak out against them, you become become complicit – and I (& others!) can’t vote for you.

Placard seen at the recent protests in Melbourne:

(Reads: “I would vote ALP if ALP would #BringThemHere”)

You know how I was talking about knowing your ‘voting issues’ and ‘deal-breakers’ on Monday? As many of you would probably know by now, the humane treatment of asylum seekers is one of mine. Indeed, it’s my main one.

The current situation sickens me. Many on both sides of politics are complicit in it and I will NOT be voting for them.

Last Thursday I spent some time outside the Melbourne Immigration Office (opposite Parliament station on Lonsdale St) supporting the protest/vigil the Refugee Action Collective were holding there, in support of asylum seekers and in memory of Omid.

Omid is the third man (I believe) to die from injuries directly caused by government neglect.

Hasn’t it gone on long enough?

The below article from Guardian Australia says more about the despair of people imprisoned on Manus and Nauru. Go here for the full article. As I warned at the top of this post, be aware that there are discussions of self-harm and suicide, mental health issues and sheer desperation in it.

Peter Dutton, what do you do between the hours of midnight and 5am? Do you sleep? If so, I really must ask – how can you?

Dozens of Australians sit up all night, every single night, comforting asylum seekers on Manus Island and Nauru. You don’t have to, therefore the task falls to the advocates.

Let me tell you what this entails, since your statement blaming advocates for suicide attempts – of actually encouraging self-harm – suggests you are clearly unaware.

It is mind-blowingly hot on Manus and Nauru during the day, so our friends there try to sleep. We, safely onshore, sit tensely in the evenings, watching for the little green light that signals people have come online. When someone doesn’t show up, there is a flurry of frantic calls between advocates; when did you last hear from them? What did they say? Are they in danger of self-harm? Who do you know in the same compound? The result of these calls can be anything from relief upon locating our friend, safe and sound, or that which is becoming more common – they’ve harmed themselves and are in International Health and Medical Services, or have been beaten by guards and thrown into solitary confinement. 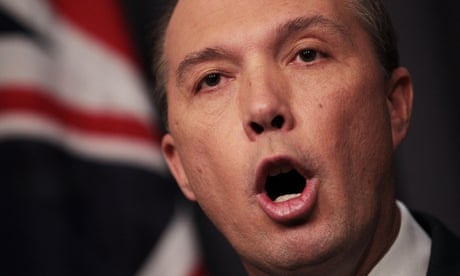 We cannot sleep, Mr Dutton. We can close our eyes, but the horrors we are witnessing don’t go away. And on the rare occasions we actually do get to sleep, we know there are no guarantees that our loved ones will be unharmed when we wake.

I will never forget the last night I actually slept for eight hours – it was in September last year, and I woke to discover one of my dearest friends on Manus had stabbed

This is funny, because I have often compared my writing to a skeleton which is gaining flesh.

(Musings below are Australian-orientated and somewhat depoliticised for accessibility. A more political post will probably follow at some point. 🙂 )

Yesterday Prime Minister Turnbull announced that the election would be held on July 2nd, confirming what we’ve suspected for months. The political brouhaha can wait for a moment, though. The question everyone in Australia needs to ask is: am I enrolled to vote? Check if you’re enrolled, because if you’re not, you only have until MAY 23RD to do so before the rolls are shut for the election! Get onto it, now.

I realised recently that my voting experience will be different this time around – due to circumstances, I’ll probably have to either postal vote or pre-vote (more info about ways to vote here). I’ll be sorting that out in a few weeks, I suppose – after all, I wouldn’t want to miss out. It’s one of our democratic rights and it’s important. I believe that if you’re eligible to vote but you don’t, then you don’t have much of a leg to stand on or voice to complain. Especially in a system like Australia’s, where voting is compulsory so everyone is supposed to vote.

I admit, it can be frustrating at times, to choose who to vote for. There are quite a few options, with new Senate voting rules, as well as certain parties being very similar in certain aspects but different in others! What to do?

My solution is to stay informed. Choose one or two appropriate media forms – print, TV, social, radio, etc. – and keep in touch with what’s going on. Use your common sense when doing this – certain media organisations are more sensationalist and misinformed than others (that’s why having two or more sources is a good thing).

The second or even first step is to decide which issues are your make-or-break issues this election – and how much leeway are you prepared to give the parties about them?
Climate change/ the environment? A good economy? Humane treatment of asylum seekers? Marriage equality and support for anti-discrimination initiatives? Proper education funding? Proper hospital funding? Indigenous issues? Funding for tackling domestic abuse & other such concerns? Etc.
Have a look at what the parties say on these issues and whether (or not!) their opinions match up more-or-less with yours. Then decide whether you can “forgive” a major difference of opinion between you and a party if you share (i.e. agree with) the party’s opinions on other issues.

That last bit is important, because it is, I believe, what’s causing some of the present dissatisfaction with certain political parties. People are looking at what’s on offer and saying, “No thanks!” then looking to other parties.
In a broader context, it’s also what leads to decisions about preferences. If, say, there are two parties which are broadly similar on a number of issues but disagree strongly on other, particular, ones, then you might think about putting them close together, but preferencing one just above the other, in accordance with your principles.

Of course, the other thing that influences this is the people – the candidates. After all, we’re voting for someone to represent our community in Federal politics. The sticking point is that most are representatives of their party, too. Sometimes that works, sometimes it doesn’t! Especially when the candidate is the “incumbent” – they’re defending a position they won last time (and sometimes several last times). Apply the same information-gathering tactics as above.

Then, on voting day, follow your conscience, putting all of that together. Ignore the opinion polls in the media leading up to the day and be careful of sensationalist reporting. There are sites for ordering preferences beforehand. Keep an eye out so you can go in with a clear mind. In the end, it’s your choices. That’s all there is to it.

So, are you enrolled?

Darn it. HuffPost articles are interesting. But I’ll have to boycott them now I’ve learnt about this. Listen – the only times a writer doesn’t want/ need to be paid is when they’re a) writing fanfic or b) when the writer has a blog like mine which they choose to be unpaid for. Oh, or c) they’re writing in a uni magazine or something like that (a small, student-run initiative).