Who is/was Jesus really? Have we, in western Christendom, painted for ourselves a false picture of the Jesus that walked this planet? Greg Jenks explains…

The post below comes from the blog of Greg Jenks.  It is being posted not only because of the discussion/reflection on the humanity of Jesus but also because of the discussion on the various issues of justice which need to be addressed as and if we are followers of Jesus. Advocacy @ St Paul’s is a small group within the parish of St Paul’s, Bakery Hill in Ballarat.  We have been in existence only just over a year.  What we do here at this time is local.  Greg Jenks has given us a list on a broader scale.  We will have to consider how we can tap into these vital issues which extend beyond our Australian borders because at we welcome 2016, the Millenium Development Goals have been neither met nor completed. 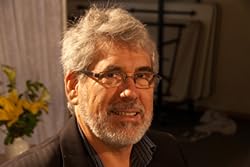 The humanity of Jesus is not to be considered as a philosophical puzzle and carefully dovetailed with his preexistent divinity, but observed in its ordinary expressions in everyday life. Taking the humanity of Jesus seriously means that we notice his ethnicity, his religion, his economic status, and his political situation. If such categories seem odd for a discussion of Jesus it may well be an indication of just how little significance we have attributed to the humanity of Jesus.
Read more here.
“Life shrinks or expands in proportion to one’s courage” (Anaïs Nin)If there’s one thing I’d like to have the power to give to the people I love, especially the little ones, it’s courage.The courage to challenge cultural conditioning and social convention. The courage to allow oneself to see that “normality” is a construct and to ask, by whom is this concept constructed, for whose benefit, and how?

The courage to refuse the lazy tribal sense of belonging in order to embrace a more challenging sense of common humanity that does not require exclusionary practices in order to define a sense of who we are. I am not that therefore I am this, is a negative way in which to carve out an identity, yet the spoken or unspoken comparison that loads difference with moral value, or lack of it, serves as a benchmark for establishing who we are, singly and collectively.

I can’t see much of a future for humans without the kind of courage that is curious about difference, rather than fearful and hostile towards it. The former is expansion, the latter an arid shrinking, of the kind we’ve seen increasingly in Australia since our politics, both Labor and Liberal, have become more and more conservative.

Our courage, at least as it is expressed in our politics, has diminished alarmingly. Whether it’s asylum seekers in indefinite and tortuous detention because we will not resettle them; whether it’s our inability to recognise and adequately act upon our responsibilities towards the earth that is our only home; whether it’s increasing surveillance of ordinary citizens along with the deprivation of freedoms and human rights, the insidious creep of tyranny, wearing the mask of concern and wish to protect, is shrinking our lives, and we seem to lack the collective courage necessary first to acknowledge what’s happening to us, and second, to do something concrete about it.

I’m not the first to observe that without courage it’s hardly possible to be truthful, generous, realistic and imaginative, and without courage, it’s impossible to live a life of necessary self-examination, curiosity and fulfilment.

Lack of courage is what will destroy our species. It’s only a matter of time.

This article was originally published on No Place For Sheep.