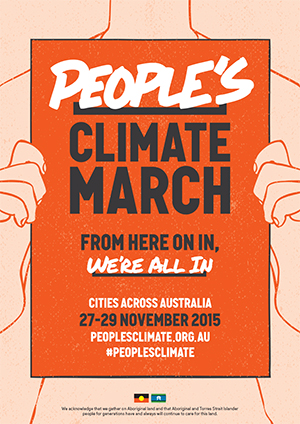 Starting today, over the weekend, across different timezones – we march.

We march for Climate Action and for a better future. We want constructive commitments from governments. It is our future that’s at stake – we have no Planet B! Climate change doesn’t discriminate across political lines.

This is important. This year has been forecast to be the “hottest on record” – a trend that’s been consistent over the past few years. The benchmarks keep getting raised. We need action now.

The actual planned march in Paris, where the Climate Talks are taking place, is under a cloud due to the state of emergency current there. Therefore, we have to try and make the other marches bigger and get our voices heard.

Check out peoplesclimate.org.au if you’re in Australia – here’s the link to the Facebook group too. Have a look and you might be surprised…there’s probably a march closer than you think (including in my hometown!).
Here’s the link to find the closest march to you in Australia. Otherwise, google “people’s climate march 2015”.

November 27-29th, across many timezones and in many cities.

I hope you’ll join us. 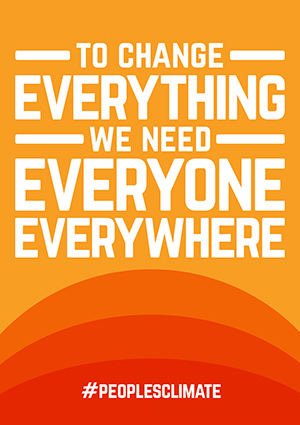