Sighhhh. I think that the situation is really sad. I know people who went to Palestine/ Israel some twenty-plus years ago. The situation wasn’t like this then, though it festered still I suppose.

The Palestinians are being treated as second-class citizens – it’s no wonder they lash out. That doesn’t excuse the deaths caused….but in battles between knives and stones versus guns, tear gas and bombs, it’s obvious who will win more often.
(Deep breath) The horrors inflicted on Jews in the past does not exclude the actions of some Jews & the Israeli government now. (There, said it.)

Further links on this subject are at the bottom of the other articles. 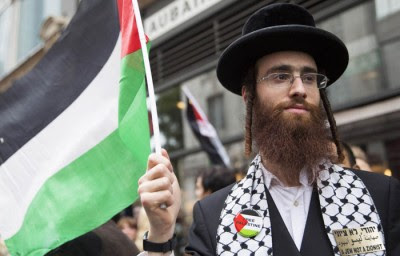 A new international network of Jewish groups and individuals committed to justice in Palestine released a statement over the weekend calling for an end to the killing and an end the occupation. The network, which first met over the summer and has yet to come up with a name, currently spans 16 countries — from Brazil, to Australia, to Switzerland and South Africa — and represents 15 organizations.

An action by the American anti-occupation group If Not Now for Tisha B’Av in Prospect Park, Brooklyn, where participants read the names of Israelis and Palestinians who died in last summer’s Gaza war. (Photo by Gili Getz)

According to the preface to their statement, the group seeks to “reclaim Jewish identity not as a nationalist identity but as one that celebrates our diverse roots, traditions & communities wherever we are around the world. We believe that it is essential for there to be a global Jewish voice to challenge Israel’s destructive policies, in solidarity with the Palestinian struggle. This international Jewish network aims to become that voice.”

Forty Palestinians and eight Israelis have been killed since the beginning of the month. There have been over two dozen stabbing attacks against Israelis across Israel and the West Bank, with around 100 Israelis and well over 1,000 Palestinians wounded, many of them by live fire.

In times of heightened violence, specifically against Israelis, Jewish organizations and individuals around the world tend to either show support for Israel or stay silent. It is taboo to criticize Israel when there are terror attacks against Israeli citizens, as was clear during the Second Intifada. But that is precisely when it is most necessary. To both identify as Jewish and show a deep concern for what is going on in Israel while criticizing its policies is rare, making this letter is so important.

http://winstonclose.me/2015/10/30/who-does-jerusalem-belong-to-written-by-juan-cole/ – a good history on the conflict of the region.
http://winstonclose.me/2015/11/01/an-open-letter-to-jk-rowling-from-michael-brull-on-palestine-written-by-michael-brull-new-matilda/ – Oh, dear. This is why I hesitate to speak sometimes on issues that I’m somewhat removed from (notice I’m reblogging mostly rather than doing too much explaining?). But really, J.K.